The Noh Gumbad Mosque, was built around the 9th century on top of a Buddhist temple. Through the many years of its existence it has suffered from earthquakes, looting, erosion and lack of maintenance. It was abandoned and left to vanish, covered by earth till its rediscovery in the 20th century. It is regarded as one of the earliest example of a nine-domed mosque in Islam.

The use of VR help bring to life a derelict monument. With various information such as point cloud, extracted from a laser scan, it becomes possible to create an immersive environment to experience the mosque with a headset, on a screen, a tablet or a smartphone. 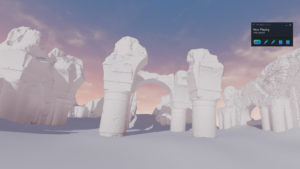 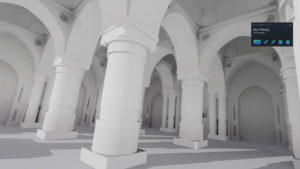 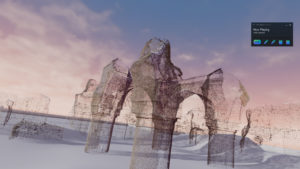